Everyone knows that a celebrity draws a crowd. Thats why they often get invited to so many parties and have so many things given to them. Designers know if a particular celebrity is photographed wearing their clothing, it will boost sales. So does the same strategy work for voice overs?

The answer is yes and no. If the celebrity does not have a distinctive voice and is not featured visually in the ad, companies take the risk of the celebrity's voice 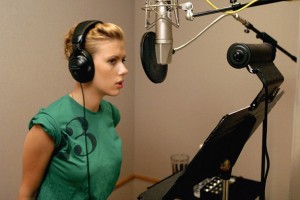 not being recognised and end up paying a very high fee for a voiceover. Also voice acting is a different skill set than normal acting, and many famous people do not have the proper training for voice acting because it does not rely on any visual cues and needs to be approached slightly different.

Listeners might also associate a certain persona or opinion of a known actor whether its good or bad. For example if they have recently played a villain in a movie, they might not be the best choice for a touchy feely emotional ad, as people might still associate them with the bad guy character. Make sure the public opinion matches the feel of ad as you want it.

We have had the pleasure of working with many celebrities at our recording studios here at Media Sound, including sports teams, famous actors, and even the voice of Scooby Doo! We treat all of our voice artists with the same level of respect and make sure that every single voice over and audio production that leaves our studios is the best sound quality using the most professional audio mixing technology available. Contact us today for your free voice over quote today!